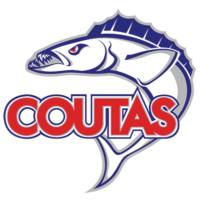 The Coutas had competed in half a dozen different competitions during the half a century prior to their admission to the BFL, as a founder member, in 1971. The club’s senior team was especially strong during the 1960s when it contested all but one Polwarth Football Association grand final for the decade. Some of this good form was carried over into the ensuing decade, with the Coutas qualifying for the finals every year except 1973, 1978 and 1979. Given that they topped the ladder heading into the finals on three occasions they might be justified to feel short-changed with a return of just two grand final appearances for one flag.
The 2009 season saw the Coutas seniors qualifying for the finals in fourth place which was where they ultimately finished following a first semi final defeat at the hands of Drysdale.

After getting as far as the preliminary final in 2010 the Coutas finally broke through for that elusive second BFL flag the following year. Second on the ladder going into the finals they suffered the setback of a second semi final loss to minor premier Geelong Amateurs.
When the two sides met once again a fortnight later, Queenscliff having in the meantime accounted for Anglesea in the preliminary final, the boot was firmly on the other foot as the Coutas surged to victory by 39 points, 17.22 (124) to 13.7 (85).
The 2012 season brought an even more emphatic premiership for Queenscliff who lost just once en route to a 16.14 (110) to 12.8 (80) grand final defeat of Torquay. In 2013 the Coutas again lost just once all year before downing Drysdale in the grand final by 53 points, 14.16 (100) to 6.11 (47). In recent years the Coutas have hovered around mid-table, having returned to the finals in 2018.